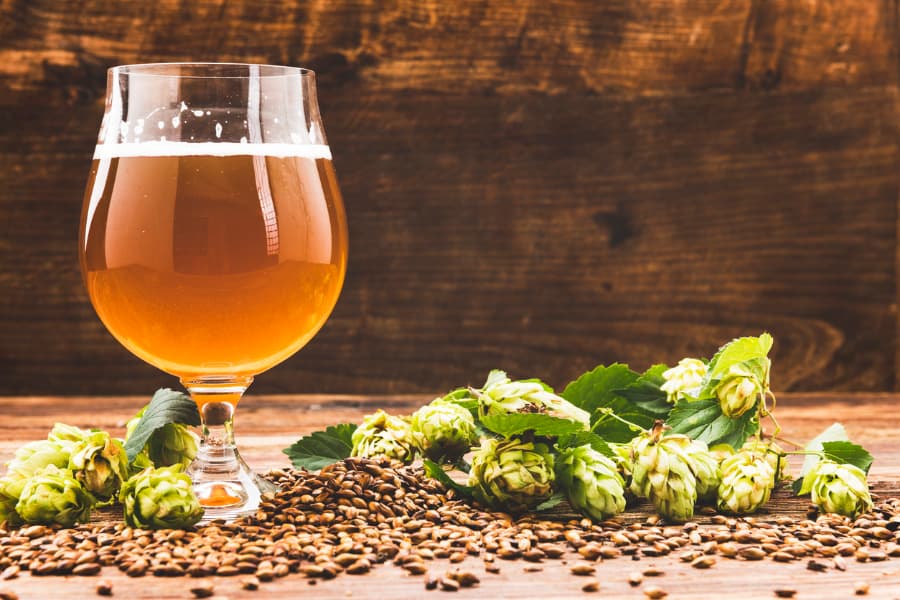 There’s nothing quite like a cold, refreshing pint from your favorite brand. But what gives it that flavor you love? The secret lies in the ingredients – namely the hops. There is a huge variety of beers on the market today that differ in flavor profile and aroma, and hops do more than contribute to the bitterness of the brew. Here, Columbia Distributing discusses the role hops play in the ingredient list and how they affect the taste of your beer.

What Are Beer Hops?

The main ingredients in most types of beer include water, malt, yeast, and hops. Hops are cone-shaped flowers that come from the humulus lupulus plant, a climbing perennial that flourishes in moderate climates across the globe. Hops contribute to a lush, foamy head and help the beer stay fresh for longer periods. However, each green cone contains small, yellow pods called lupulin. And although many craft brewers use other ingredients to create specific flavor profiles, lupulin is where your preferred beer likely gets its delightfully bitter taste.

How Hops Are Incorporated

Brewing the perfect batch of beer requires more forethought than the average consumer may realize. When it comes to hops, the key considerations are amount, type, and timing. Adding hops late in the brewing process contributes more to the beer’s aroma, while adding them sooner contributes to the bitterness. Brewers may use the following methods:

While some brewers have access to fresh hops from local growers, many companies use pellets. Growers take their fresh hops and turn them into pellets to sell in easily transportable packaging. Dry hops boast a longer shelf life and promote consistency across brewing systems, which makes them desirable to many breweries.

While these and numerous other varieties can be used to create distinct flavor profiles that consumers have come to know and love, other ingredients contribute as well. Hops can certainly enhance the bitterness, but so can orange zest, juniper, and more.

Find Beer for Your Store, Restaurant, or Bar

Now that you know more about beer hops, you can educate your clientele. Columbia Distributing is one of the largest beverage distributors in the United States. We offer a wide selection of beer and other alcoholic beverages from several brands and deliver them to restaurants, bars, and event centers across our broad service area in the Pacific Northwest. To learn more about our selection, contact us today.