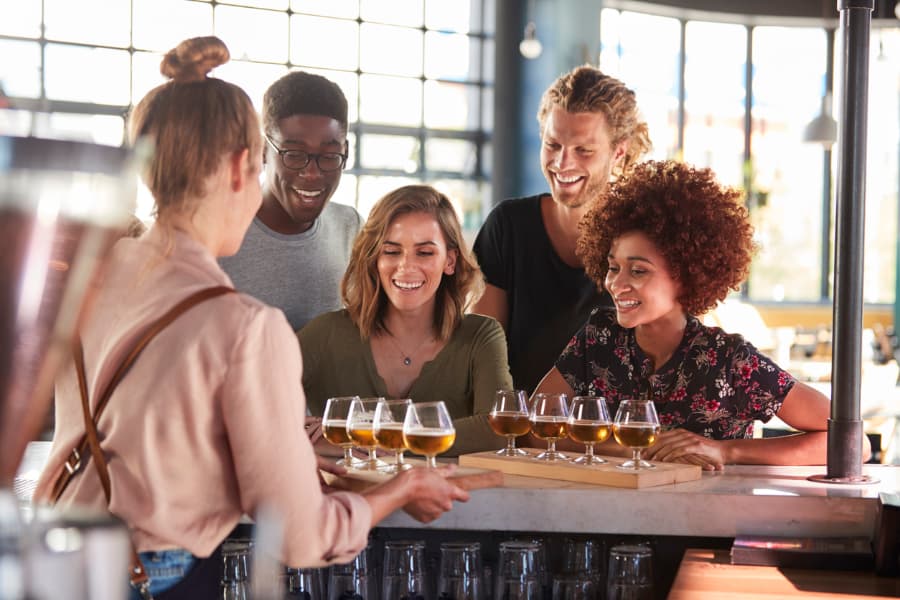 The craft brewery scene is constantly growing and evolving. There are almost 8,000 breweries in the United States, which is an all-time high. This allows certain trends and fads to gain popularity quickly and take over the industry. It seems like every year there is a new craze that comes around, giving consumers something new and exciting to try. Stay ahead of the curve with Columbia Distributing by keeping an eye on these brewery trends for 2020.

Will the Hazy IPA Bubble Pop?

Over the last couple of years, one of the biggest trends in craft beer was the proliferation of New England IPAs. These beers are characterized by a hazy, juicy flavor with muted hops. They are a more accessible beer for people who may be turned away by the bitterness of more hop-forward West Coast IPAs, but after years of uninhibited growth, they may have hit their ceiling. Some brewers believe that the industry may start seeing more New England and West Coast IPA hybrids that offer a more balanced flavor between hazy and bitterness that can reach beer drinkers more broadly. Don’t be surprised if you see New England IPAs replaced by combo brews on the shelves this year.

As people become more health-conscious, they want low-calorie, guilt-free drinks. Hard seltzers like White Claw boomed in 2019, and that trend will likely impact the upcoming craft beer lineup. Low ABV beers are considered non-alcoholic if the percentage of alcohol is less than 0.5%. Typically these beers have only 50 to 70 calories, which is significantly less than average brews. This year could see more of these beers being created to satisfy customers who want the taste of a craft brew, but not the calories that go along with it.

Another variation of beer that can satisfy low-calorie drinkers is sours. These fruity, tart beers have the chance to appeal to a broad section of the country as they gain more attention from breweries. They are naturally low in ABV, calories, and carbs, which can attract health-conscious consumers. Their distinctive flavor also opens doors for wine or cocktail drinkers who aren’t fans of the traditional taste of beer but respond well to the light and acidic profile of sours.

Special Batches Falling by the Wayside

At one point in time, the release of special barrel-aged batches of beer were major events for craft beer connoisseurs. The one-of-a-kind nature of these beers created a buzz that attracted people who wanted in on the party before the batch was gone for good. However, with the proliferation of breweries happening across the country, these releases lost their status. Instead of having to wait six months for the next batch to hit the market, consumers can simply go to another brewery nearby and try what they have in store. Special batches have become a niche market for the dedicated beer drinkers that still value the high ABV and attention to detail common with these barrel-aged beers.

Stay in the Know

With all of the changes going on in the world of craft beer, it can be hard to keep up with the latest trends. Stay ahead of the curve by stocking your business with drinks from Columbia Distributing that will serve the current 2020 brewery trends. Our inventory of alcoholic beverages includes beer, hard cider, wine, and spirits. To learn more information about how we can keep you supplied with the popular new drinks, contact us today.