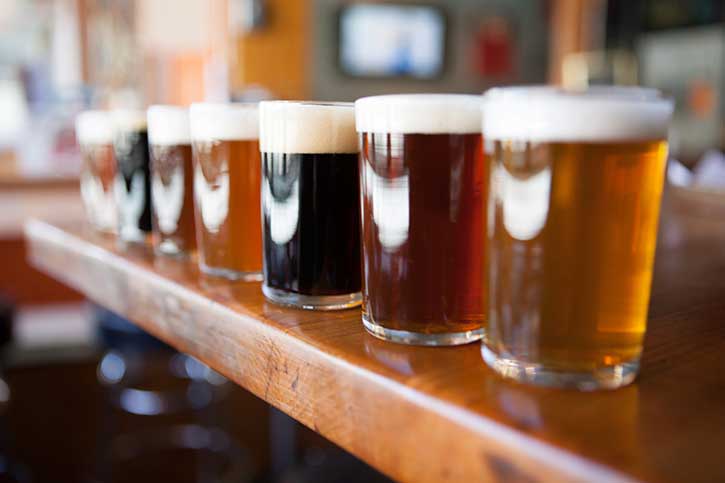 In the past few years, the rise of craft beer has been startling — in fact, the total number of breweries in the States rose by almost 20% from 2013 to 2014; signaling the growing popularity of the many types of flavor profiles. The market has been trying to meet the demand, and so marketing your craft brew has been easier if you do it by season.

What Does the Season Matter?

The reasoning is actually somewhat similar to the wines you should drink with different kinds of meat and chocolate; some tastes simply complement others better. As examples, it is generally acknowledged that you want to save your darker, more involved beers for the cold wintertime crowd, and your lighter beers for the spring and summer. Incorporating this into your plan will have a distinct difference in results when marketing your craft brew.

If you’ve been in business for an length of time, then you’ve probably already got a solid plan in place for marketing your craft brew; something that incorporates search marketing in your local region and even paid advertisements. The next step is to tailor the flavors such that the seasonal ones dominate. In spring and leading into the summer, you should opt for fruit beers because of the lightness they confer to the cocktail. A cool shandy — lemonade and beer mix — goes a long way on a warm summer day.

Wheat, classic pilsner and pale and hoppy beers also work for summer evenings. You’ll appreciate the citrus flavor and fleeting spiciness at a summer barbecue, for example. Make the correct measurements for the additives, though, because you do not want a heavy brew this season.

The gathering clouds and markedly cooler days make way for pumpkin, maple and amber brews. Autumn is the perfect time for nutmeg, cinnamon and allspice cocktails to liven up the spirits (pun intended). The lightness of summer is gone, and American renditions of the great German beer festival known as Oktoberfest crop up in towns everywhere. Consider adding appropriately colored banners when marketing your craft brew in the online space — they will attract more attention because of the season.

The season of the heavy beer, as it were. Winter is the right time to brew those thick Imperials and Stouts and Porters that were much too heavy as summertime fare. These beers are like the Old Norse meads from the time of Thor and the Asgardians — they WILL leave you full and warm — and drunk, if you have as many glasses of this as you did of the classic Pilsners last summer.

An American favorite is eggnog-inspired spirits, which are more of a dessert beer. Lastly, Winter is also a great time for bourbon and chocolate/coffee mixtures to your liquor. Market these variously-flavored brews at the right time and you should see your bottom line go up.