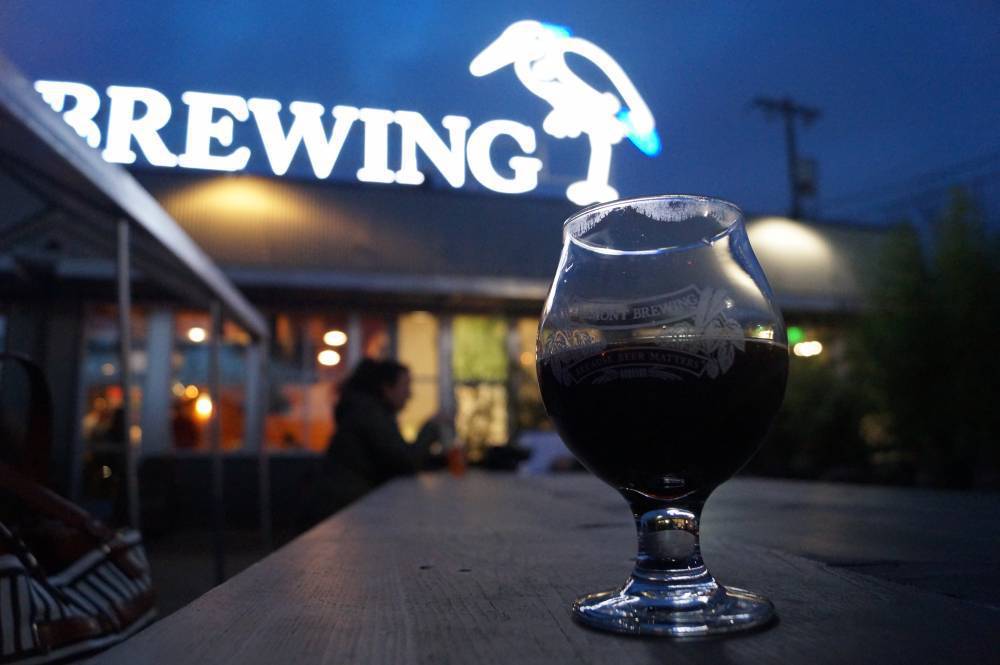 Beer drinkers have been embracing microbrews since small, independent brewers began creating their unique hoptastic flavors in the early ’80s. Now referred to as craft beers, microbrews no longer make up a tiny segment of the beer industry. By the end of 2016, craft beer makers accounted for 5,234 of the 5,301 breweries in the U.S. While this is great for beer connoisseurs, craft brewers find themselves in a very competitive landscape. This makes it difficult for brewers to come up with a truly unique beer, so many strive for a little weirdness to grab consumers’ attention. If you’re looking for a slightly crazy concoction, consider one of these strange fermented brews.

Another ale in Rogue’s line of doughnut-inspired beers, this one was inspired by Voodoo Doughnut’s Mango Tango doughnut — a creation filled with mango jelly and topped with vanilla frosting and a tangy orange powder. The hot pink bottle sports a quirky, top hat-wearing astronaut.
Rogue Sriracha Hot Stout
ABV: 5.7 percent

Dubbed Rogue’s Rooster Sauce, this stout pairs perfectly with spicy food. One of the ingredients is Huy Fong original hot chili sauce to give it the kick you’d expect from a fiery brew. The bottle mimics the hot sauce marketing down to its distinctive rooster.

A combination of corn and honey malt gives it a biscuit and slightly spicy hop aroma. This craft is brewed with caramel syrup, so it finishes slightly sweet and is reminiscent of kettle corn, a popular boardwalk treat.
Cotton Candy Kölsch
ABV: 4.8 percent

Made of pureed strawberries, strawberry juice and Coney Island’s own cotton candy flavoring, the light golden beer has a pink tinge and finishes with an unmistakable cotton candy taste. This craft is also available in cans at the brewery.

A stout with some spice, brewers combined cinnamon and raisins with their dark, bittersweet American stout to blend the perfect amount of sweet and spice that leaves you with a roasted malt flavor.

Many of these beers are a limited-edition release, so if one of these strange brews sounds tasty to you, better grab one quick before it disappears!