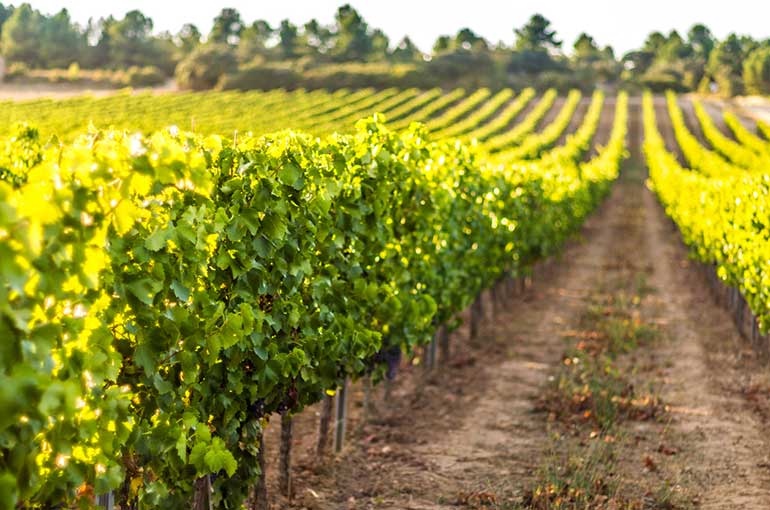 While Spain may not be the first country that comes to mind when thinking of wine, it actually possesses a rich history with the beverage. You cannot discuss Spanish wine without talking about the Tempranillo grape, which has taken hold as the number one planted grape in the country. See why Tempranillo wine is so popular with this profile offered by Columbia Distributing.

One of the oldest varieties in the country, it is not fully known when Tempranillo grapes were first introduced to Spain. The earliest mention of the Tempranillo variety appeared in 1807, but many believe that these grapes had been in the country long before then. The Phoenicians first brought wine to Spain over 3,000 years ago, and a popular theory is that they carried the Tempranillo variety with them. While the grape has remained dominant in Spain, it has since spread to the rest of the world as well, becoming the fourth most planted variety across the globe.

The name Tempranillo stems from the Spanish word temprano, which means early. This is because the variety ripens much earlier than most other grapes in Spain.

Tempranillo wines are medium-to-full-bodied reds with both strong savory and fruit flavors. The savory flavors include leather, cedar and tobacco, while the fruits represented include cherry, plum and tomato. Given the ubiquity of Tempranillo wine across Spain, different regions of the country are known for producing varieties with a different mix of flavors. Here are a few popular regions and the tastes they are known for:

Given the savory taste profile of Tempranillo wine, there is a diverse set of foods with which it pairs well. Red meats and ham, which are staples of the Spanish diet, are popular choices. Roasted vegetables and starches also fit this mold. The cherry and tomato flavors in the wine make Tempranillo easy to pair with tomato-sauce-based dishes as well, like lasagna and pizza.

Aging plays an important role in the Tempranillo process. There are a few different categories that can tell you how long the wine has been aged. Since these categories are usually in Spanish, here’s a little guide to help you know what you’re getting.

In general, the longer the wine has been aged, the more it will cost, so make sure to factor that in when searching for the quality you desire.

Bolster your wine collection with some select bottles of Spain’s most popular variety of wine. With over 85 years in the business, Columbia Distributing is ready to deliver the wine, beer, spirits and other beverages that you desire. If you wish to learn more information, feel free to contact us online